The Incarnation and Particularity

Why do anything when we cannot do everything? Why go anywhere when we cannot go everywhere? Why be something when we cannot be everything? These kinds of questions are at the heart of many postmodern people – an existential indecisiveness, a cosmic uncertainty of where to begin. Confronted with a kaleidoscope of alternative ways to live and know and be because of modern technology and education, we feel overwhelmed and become paralyzed. To say yes to one thing means to say no to an almost infinite number of alternatives. We fear planting our feet in one spot and thus missing out on all the rest. We wonder, in the words of the John Mayer song, “am I living it right?”

It seems to me that the most powerful antidote to this postmodern/post-everything kind of uncertainty is the doctrine of the Incarnation. At the Incarnation, God sanctions decision, the willingness to become definitely one thing, the art of choosing one path and seeing where it leads: because at the Incarnation, God Himself became particular (without ceasing to be God). The Limitless One embraced limits; the Boundaryless One became enclosed; the Infinite context for all things chose a spot on the map. At the Incarnation, God became a man and not a woman, alien, animal, or angel; He became a Jewish, Israelite man and not a Swedish, Native American, or Japanese man; He became a first-century man and not a pre-historic or modern man; He became a man with a particular personality, hair and eye color, intelligence, and genetic code. He was single and thus closed Himself to the experience of marriage; He was crucified at 30 and thus closed Himself to the experience of old age; He was without children and thus closed Himself to the experience of fatherhood. God became not merely humankind, but a human; and thus He hallowed the experience of every other human.

When I consider the Incarnation, I am freed to embrace the limitations inherent in a finite life; I am free to choose a path without fear of missing out. I may never travel to Switzerland and Athens and Copenhagen as I dream; but I can enjoy California. I may never study at Princeton as I used to dream, but right now I can study at Fuller. I may never publish half the articles I’ve scribbled out in my journal, but I cannot help but think and write something (like this blog post). I will not be and do everything. But the Incarnation frees me from needing to. Being and doing something is enough. Even God became a something, rather than everything. There is joy in embracing that. There is meat and drink and life in walking in one direction, and seeing where it leads.

Kierkegaard said that life can only be understood backwards, but can only be lived forwards, and therefore we can never fully understand life while living it. But that’s okay. We need not fear missing out, for the path of particularity is the path to joy and life. It is the path of adventure and discovery. It is a path doubly sanctioned by God, in creation and incarnation. Therefore it is the only way not to miss out. 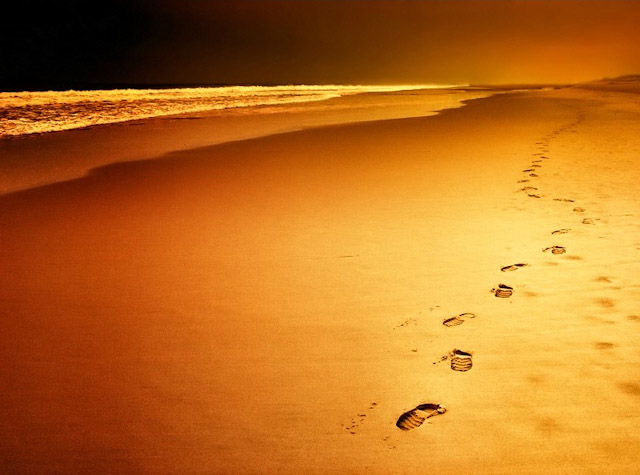