Does Old-Earth Creationism Undermine the Gospel? A Response to Kevin Bauder

Kevin Bauder recently wrote an article criticizing Tim Keller’s views on creation. Bauder suggests that Keller can only affirm biblical inerrancy as Richard Nixon could affirm that he did not commit a crime, since he is “determined to torture the Genesis narratives on the rack of evolution.” Moreover, because he allows for death before the human fall, Bauder thinks that “Keller is undermining the gospel itself.” Bauder concludes by asserting that Keller’s creation views therefore compromise the mission of The Gospel Coalition:

I would like to offer a few reflections on Bauder’s piece because it touches on some important issues. I’m not sure how many people will read his article and be influenced by it, but I do know that there are many people in our culture, both in and out of the body of Christ, who have the impression that science and the Bible tell fundamentally incompatible stories of origins. 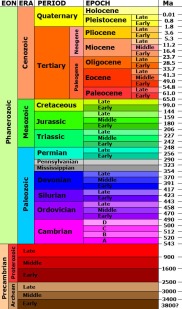 You either affirm that all the dinosaurs got on the ark with Noah five thousand years ago and erase words like Mesozoic and Paleozoic from your vocabulary, or you admit the biblical creation account cannot be taken literally and is (at best) myth, symbol, shadow. It’s one or the other. As a result, many people (especially those without training in science and/or theology) are simply unaware that there are mediating views between young-earth creationism and full-blown evolution. Therefore, they think that they must choose between Scripture and science.

Unfortunately, I think Bauder’s piece perpetuates some of the confusion in this area. In the space of one post, I cannot give a comprehensive response. But I hope it might be worthwhile to raise a few considerations to the effect that “young-earth creationism” is not the only acceptable option among orthodox, evangelical Christians, and partnership in the gospel (whether at TGC or anywhere else) should not be at stake in our different views about the age of the universe.

Are non-literal readings of Genesis 1 so obviously wrong?

Most of Bauder’s piece focuses on the interpretation of Genesis 1. Bauder appears to think that a literal reading of Genesis 1 is so self-evidently obvious that Keller’s interpretation really needs no response. He asserts three times:

This method of criticism is unhelpful because it is so dismissive: even if he were right, Bauder doesn’t help anyone see why he is right, and so his discussion does not advance the conversation. (It is also misrepresentative, since it fails to distinguish Keller from “theistic evolution,” a term he actually avoids.) One wonders what Bauder thinks of the large number of conservative exegetes from diverse theological traditions who hold to a non-literal reading of Genesis 1. Scholars like Meredith Kline, Henri Blocher, and Jack Collins, for instance, are not simply caving in to pressures from the scientific community in their interpretation of Genesis 1; they are dealing with important textual and hermeneutical factors such as genre, historical context, authorial intent, intertextuality, etc. (They are also looking at other important creation texts, like Psalm 104—one of the strange features among some young-earth creationists is the tendency to give Genesis 1 all the focus.)

Furthermore, contrary to Bauder’s claims in his article, non-literal readings of Genesis 1 are not an exclusively modern phenomena. Augustine, for instance, probably the single most influential theologian throughout church history, held to a notion of instantaneous creation. While he thought the earth was young, he did not interpret the days of Genesis as literal, sequential 24 hour periods, but as a literary device. Several other church fathers also held to non-literal interpretations of Genesis 1 (Clement of Alexandria, Origen, Hilary of Poitiers), and Augustine’s reading was very influential over the medieval church.

In the Reformed tradition also there has been diversity regarding the interpretation of Genesis 1, and one view was never codified in a confession. Robert Letham has a helpful article on this topic in the Westminster Theological Journal in which he makes this point:

Before the Westminster Assembly there were a variety of interpretations of Genesis 1 and its days. If the text of Genesis is so clear-cut why did the church down the centuries not see it that way? Does that not say something not only about the interpreters but also the text? Claims that a literal reading of the days of Genesis 1 is obvious fall down when the history of interpretation is taken into consideration.

Even since the early 19th century, when advances in the natural sciences began to indicate an older earth, young-earth creationism has not been the universal response of conservative Christians. “Creation science” is far more a 20th century phenomena than a 19th. Warfield and Hodge at old Princeton, for instance, were quite comfortable with accommodating their interpretation of Genesis 1 to an older earth. So was Spurgeon. So I would like to ask Bauder: if Tim Keller undermines inerrancy by accepting an older earth, did B.B. Warfield, too? It seems awkward, to say the least, to regard B.B. Warfield as soft on inerrancy!

Are literal readings of Genesis 1 so obviously right?

I use the word “literal” reluctantly, as I think it is one of the unhappiest terms in this whole discussion. I regard my own interpretation of the days of Genesis 1 as a literary device or framework as, in a very real sense of the term, “literal,” i.e., in accordance with authorial intended meaning. Nevertheless, here I use the term “literal” in a more popular way to refer to the idea that “day” in Genesis 1 means “24 hours,” and that the days are sequential and without gaps between them.

This is the reading Bauder affirms. And just as he thinks non-literal readings of Genesis 1 are so obviously wrong that they need no refutation, he also seems to think that a literal reading is so obviously correct that it needs no real argumentation. He writes:

Any normal reader approaching the opening chapters of Genesis must understand them to teach the special and immediate creation of the heavens and earth, light, the firmament, the celestial bodies, vegetation, animal life, and ultimately, the human race. If God meant to assert the immediate and special creation of all these things, He could have found no plainer language with which to do it.

But in reality, a literal reading of Genesis 1 has some ambiguities of its own. In fact, I would maintain that no one reads Genesis 1-2 with consistent and complete literalism, and that its quite burdensome to try to envision all of the events happening sequentially and within one week. Just to take a couple of examples:

I wouldn’t say that any one of these points in itself makes a literal reading impossible. But taken cumulatively, they certainly should temper Bauder’s confidence about what “any normal reader” would find and that “no plainer language” could have been employed.

The precedent of Copernicus and the need for humility

Some people feel very nervous about scientific discovery ever changing our theology. To be sure, there is a valid concern here about Scripture being our final authority. But the church’s widespread condemnation of Copernicus in the 16th century provides a poignant reminder that we can learn from science, and that it is Scripture that is infallible, not our interpretations. Luther reportedly referred to Copernicus as a “fool” who invented something new in order to be clever:

There is talk of a new astrologer who wants to prove that the earth moves and goes around instead of the sky, the sun, the moon, just as if somebody were moving in a carriage or ship might hold that he was sitting still and at rest while the earth and the trees walked and moved: But that is how things are nowadays: when a man wishes to be clever he must . . . invent something special, and the way he does it must needs be the best! The fool wants to turn the whole art of astronomy upside-down. However, as Holy Scripture tells us, so did Joshua bid the sun to stand still and not the earth.

Melanchthon continued the Lutheran opposition to heliocentrism over the course of his career. In the reformed tradition, Calvin’s opposition to Copernicus employed even stronger language. In his commentary on I Corinthians, he regarded anyone who adopted heliocentrism as “stark raving mad” and “possessed” by the devil. A century later John Owen, among the greatest of the Puritans, would also refer critically to “the late hypothesis, fixing the sun as in the centre of the world” as “built on fallible phenomena, and advanced by many arbitrary presumptions against evident testimonies of Scripture.”

The church’s opposition to Copernicus can seem outrageous to us today. But in their own context, it made a lot of sense. First, they had the massive weight of church history on their side, more so than young-earth creationists do today. Second, they had Scriptural assertions Psalm 93:1, 96:10, 104:5, and I Chronicles 16:30 that at least appeared to affirm geocentrism. And finally, the rejection of geocentrism is a counter-intuitive move for someone with an anthropocentric worldview: it involves stepping into a much larger, more complex world, a world so large that it could seem to threaten the centrality of humanity in God’s purposes.

Nevertheless, the church’s opposition to Copernicus was wrong. While there are still people around today like Gerardus Bouw who think geocentrism is the biblical position, almost everyone acknowledges that the overwhelming scientific evidence for heliocentrism has compelled us to reject a supposedly “literal” interpretation of verses like Psalm 93:1: “the world is established; it shall never be moved.” This legacy of failure with Copernicus stands as a reminder and caution to us about the danger of rejecting genuine scientific advance too quickly when it doesn’t fit into our theological framework. Science can indeed correct our theology, not because Scripture is fallible but because we are.

Obviously young-earth creationism and geocentrism are separate issues, and I do not mean to insult anyone by comparing them. At the same time, there is an abundance of evidence for an older universe around us, ranging from the star light above to the fossils and sedimentation beneath us. At the very least, I would appeal to young-earth creationists to engage thoroughly with this evidence, and give alternative interpretations of Genesis a chance. (David Snoke’s book, for instance, is a good read.) That way, even if we end up rejecting an older universe, it is less likely to become a stumbling block for our unity with other Christians or our sharing the gospel with a scientifically-inclined non-Christian.

I don’t have space to address one of Bauder’s valid concerns, namely, the problem of death and suffering in the animal kingdom prior to the human fall. (For anyone interested, I have an article coming out in Evangelical Quarterly in mid to late 2015 that tackles that exact issue.) Another cutting edge issue in the debate I have not addressed involves how much evolution can explain, and what the place for Adam and Eve is (for the record, I believe in a historical Adam and Eve, and a historical fall—see here and here).

I’ve tried to focus on a more basic point in this post: we do not need to choose between an older universe and a trustworthy Bible. Both the history of the exegesis of Genesis 1 and the legacy of Copernicus should make us open to reading Genesis 1 as referring to something other than 168 hours, and in fact, such a “literal” reading of the text has some awkward features of its own. It does not compromise the gospel to accept that the universe is roughly 13 billion years old, and the earth is about 4.5 billion years old, and that dinosaurs went extinct roughly 65 million years ago: any more than it compromises the gospel to believe in subatomic particles, Einsteinian physics, or the size of the universe. It is possible to be both pro-Scripture and pro-science. In fact, I think that adopting such a posture will both strengthen our witness and enrich our unity.